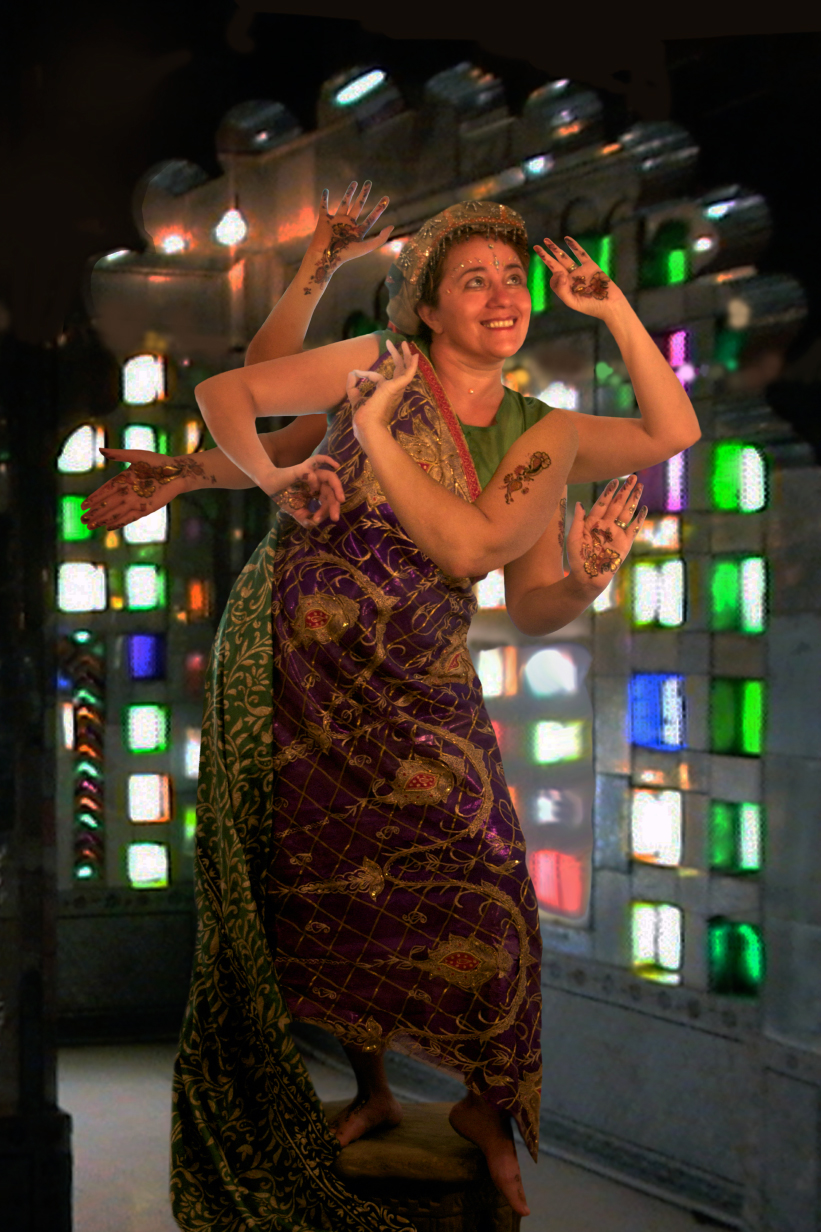 What is India for me? Well, the gods and goddesses…

Udaipur in India, December 2010. Eight artists rented a house together to work on a project as a group. We would explore impermanence’s way into the art and made our own interpretation of the Hindu Gods.

One of many creative activities consisted in interpreting Indien Gods and Indien mind by taking pictures of each other.

The project has been exhibited 2011-2012 in Sweden at Not Quite and Konstfrämjandet in Karlstad.

Like bearers from far away of memories and voices, the pieces emerged from the room. Like a literal reminder that the contents of this personal world of images move in more than one direktion. Afsaneh Monemi's works at the Epidemic of Art Gallery in Gothenburg, was proof of a powerful, expansive development of a theme dealt with supremely well in her sculptures.
Love Jönsson
Journalist and art critic
… It is a meeting with an artistic soul who wants a lot.
Stefan Nilson
Journalist